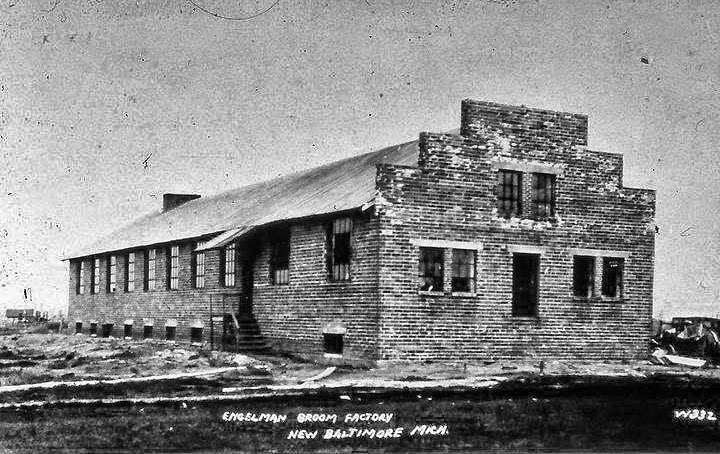 Joseph Engleman moved his broom factory from Hamtramck, Michigan to New Baltimore in 1919. The Engleman Broom Company produced high quality brooms using lumber from Washington and southern Illinois broom corn. The company was one of the leading broom manufacturers in the United States.

The suspension of the Rapid Railway into New Baltimore threatened the importation of broom corn from the south. However, Engleman prevailed and continued to operate the company until his passing in 1930. His family continued to run the company; however, after suffering the great depression and finally the lack of steel due to it's demand for the military in World War II, the company closed it's doors in 1941