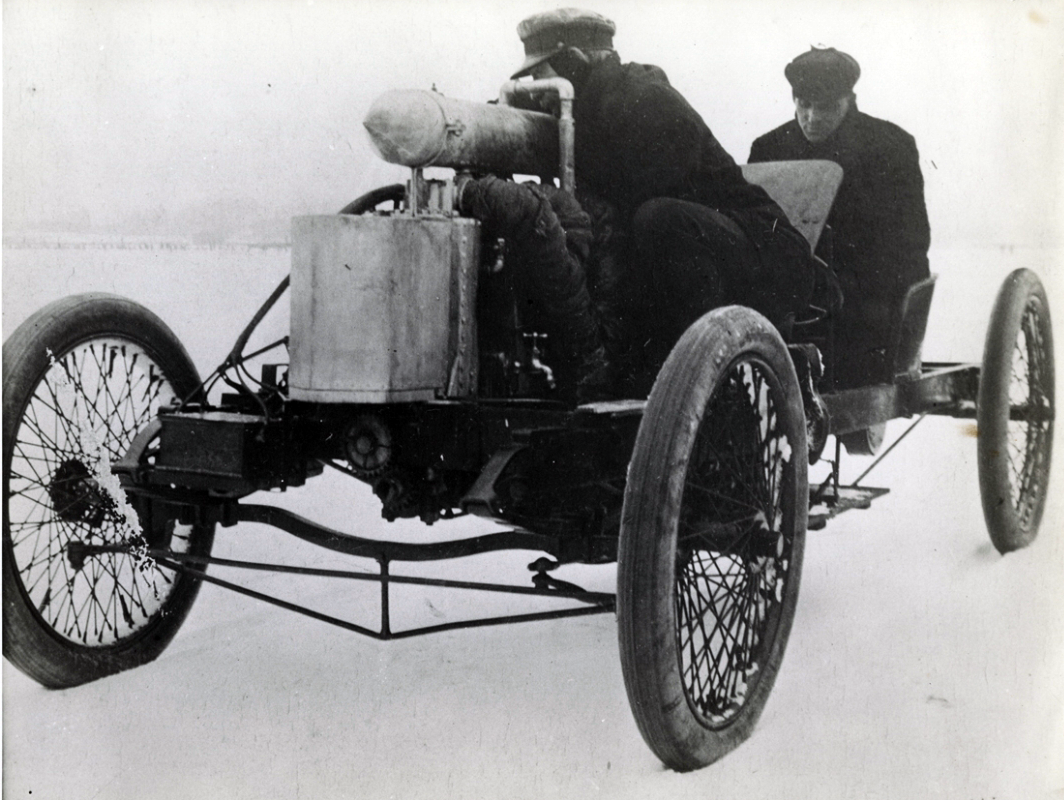 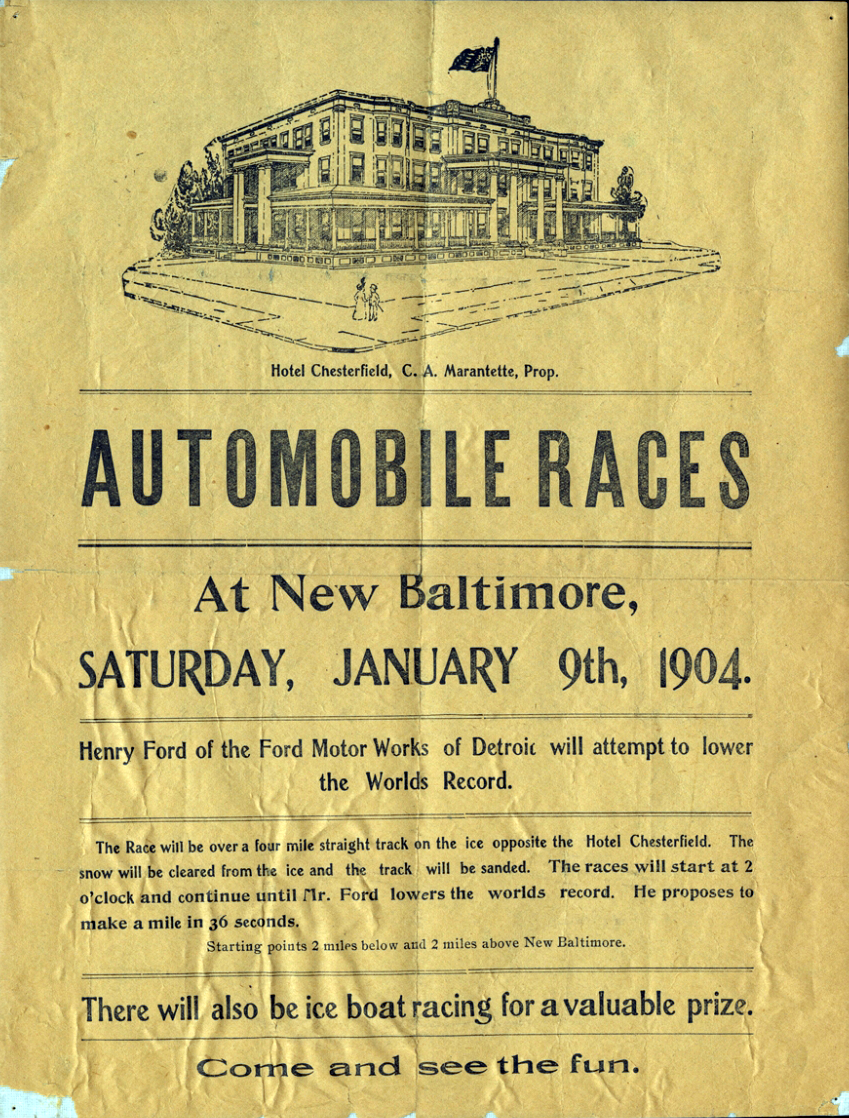 In January 1904, just 6 months after launching the Ford Motor Company, Henry Ford brought one of his two 999 racers, the Arrow, to New Baltimore to promote his new business.

A track was carved into the ice  in preparation for the event. With Henry Ford steering and his mechanic Spider Huff riding atop the engine operating the throttle, a new speed record was set when the 999 was clocked at an average of 91.37mph for the last mile of the bumpy course.

Henry Ford celebrated afterwards at the nearby Chesterfield Hotel with a muskrat dinner.