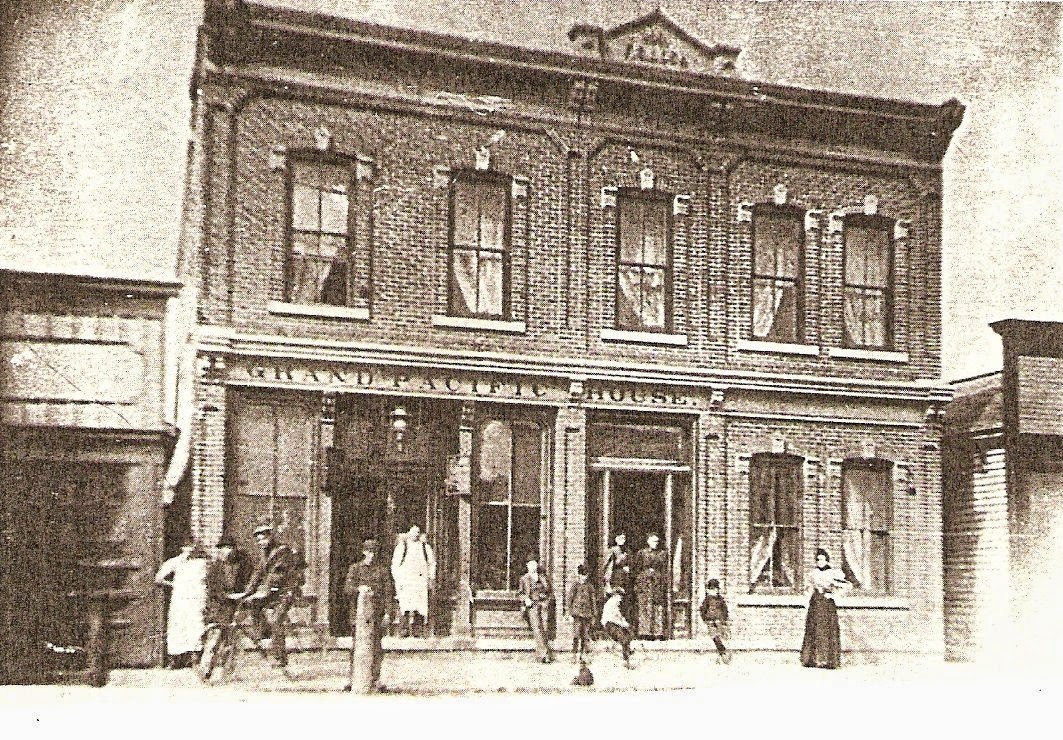 One of New Baltimore's finest hotels, the Grand Pacific House was constructed in 1881  for Frederick C. Losh and open to the public in 1885. Sadly, it is the only hotel that remains today.

Supporting the building is a deep foundation of large chunks of limestone which were shipped to New Baltimore from Kelly's Island in Lake Erie near Sandusky, Ohio. Over this limestone foundation, local bricklayers August Maliskey and David Blay constructed the two-story building.The building consisted of a saloon, hotel lobby, dining room and a kitchen on the first floor, and eight bedrooms on the second floor.

About 1910, the Grand Pacific House began to decline and lost its hotel character, becoming a boarding house and later a residence for various family members. During the 1920's, Herbert Losh, a relative, transformed the saloon into a soda fountain and candy store. In 1927, Ed Maliskey took over the business and converted it into a hardware store, a business he had until his death in 1972.

Since then, the building has housed a variety of businesses. The New Baltimore Historical Society purchased the building in 1986. Proudly in 1996, the Grand Pacific House donned its Michigan State Historic Marker.

The restoration process continues as the beautiful Grand Pacific House lives on.