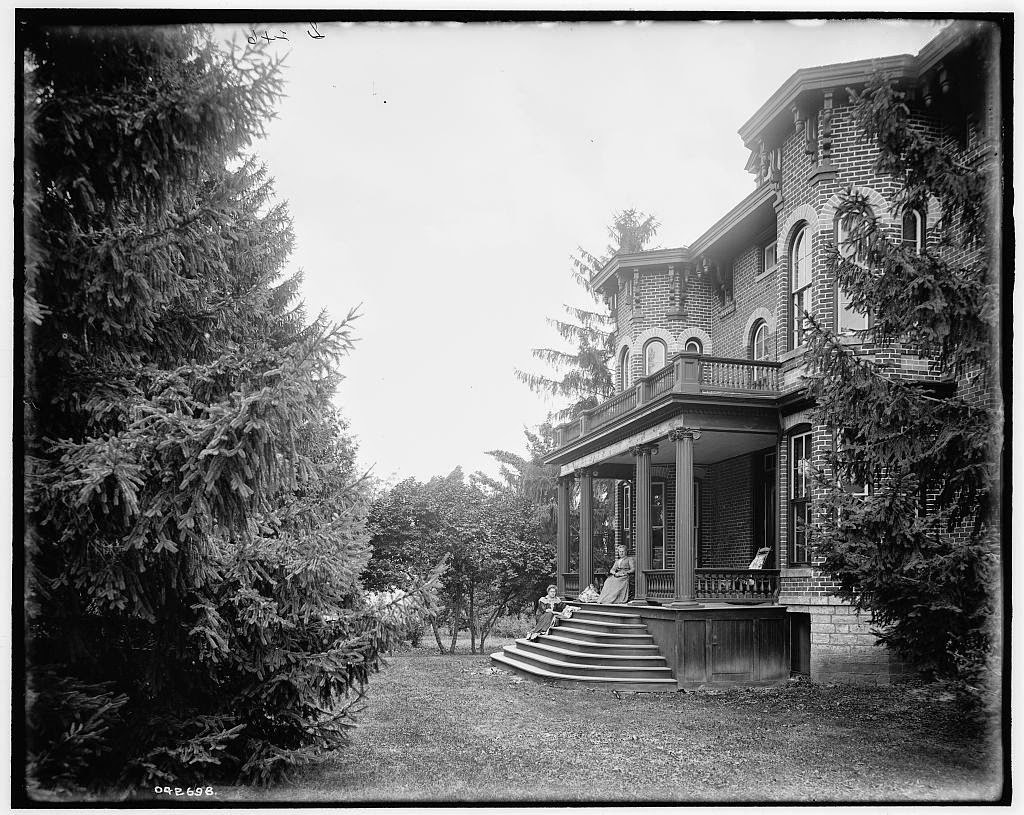 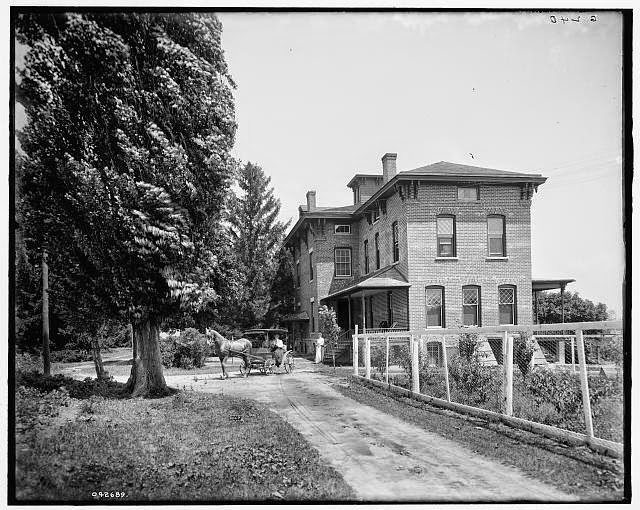 One of New Baltimore's most prominent citizens, Gilbert Hatheway, built this mansion in 1860 on what was once known as Cemetery Street (24 Mile). Gilbert's son, James, inherited the house after his passing.

After the home left the Hatheway family, it was used as a bed and breakfast known as "The Firs", managed by Abby Tillotson. The west part of the building was used as a hospital with Dr. Virginia French residing. It was later divided into apartments.

Ownership changed hands several times over the years, and by 2003, the city had to issue violations to urge the previous owner to bring the structure up to code. In addition, rumors of paranormal activity and hidden money caused the house to fall victim to illegal entry and vandalism.

Contrary to the stories, this home was never used as a mental institution or insane asylum.

The structure was declared a public nuisance in 2004 and was demolished in 2005.